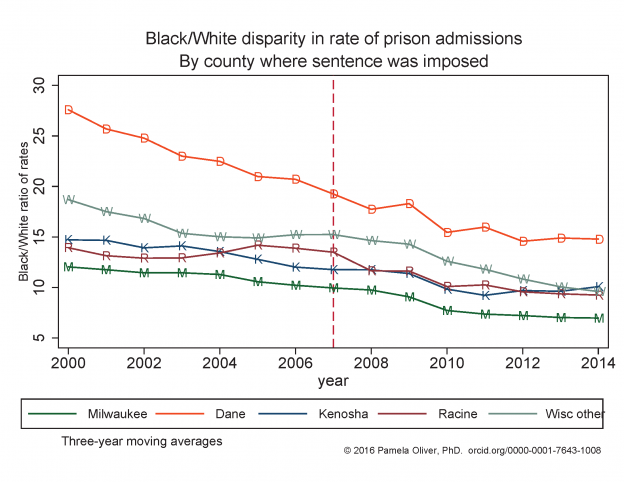 White prison admission rates have different patterns. Racine and Kenosha generally have high rates of prison admissions for both Blacks and Whites. Dane’s Black prison admission rates were very high in the early 2000s, but have declined so that they are now lower than those in Kenosha and Racine, although still higher than in Milwaukee. Milwaukee’s White rates held relatively steady with modest declines after 2007.

More details are in the  full report in PDF , which also shows how these graphs vary somewhat depending on the type of prison admission. Comparisons for Hispanics, Asians and American Indians require more careful handling due to the small numbers of people involved.