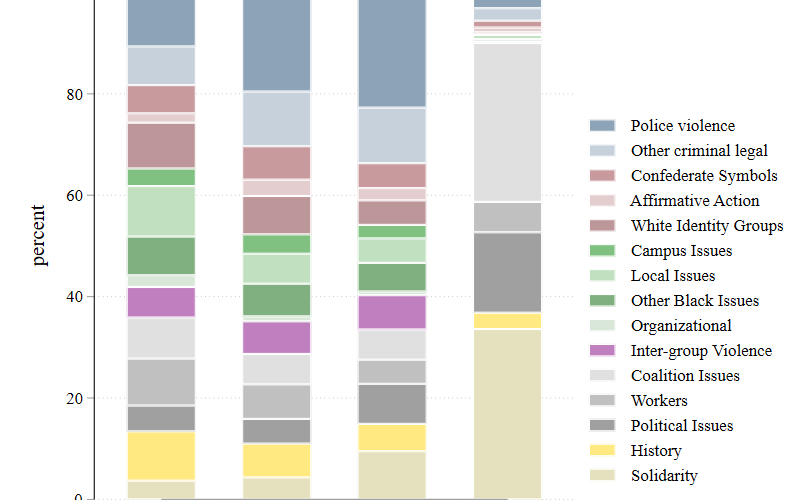 Although many discussions imply nothing happened between the Civil Rights Movement and Black Lives Matter, we find that Black protests in the 1990s and 2000s seem continuous with what came later.

END_OF_DOCUMENT_TOKEN_TO_BE_REPLACED

SEE CORRECTION People who are not Black activists often believe that the Black movement went away after the late 1960s, either because it won or because people just gave up. And the available data certainly shows a steep decline in Black protest events as covered by the New York Times.