2017 was a tumultuous year. In many ways, the country moved backwards on some issues of social justice that many believed had begun to move forward. The Dakota Access and Keystone XL pipelines, which President Obama had previously put the kibosh on due to environmental concerns and the protests of

END_OF_DOCUMENT_TOKEN_TO_BE_REPLACED 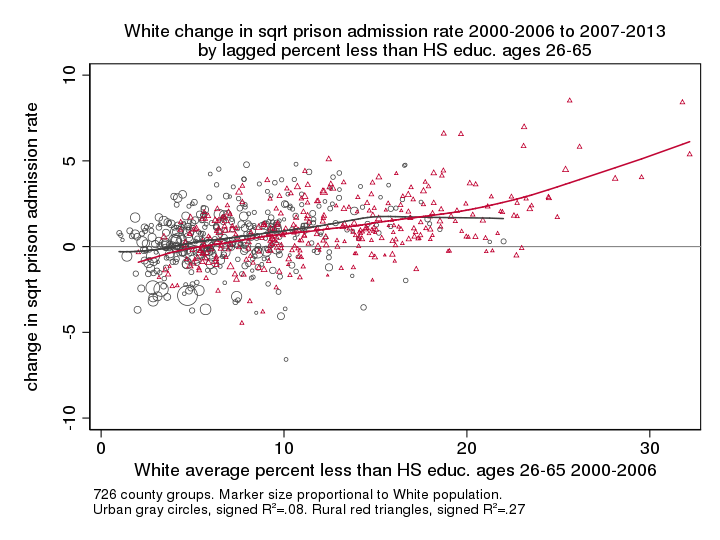 I’ve just posted my working paper to SocArXiv  that shows that high White rural imprisonment rates and rises in imprisonment rates in county groups are linked to poverty and low education in rural areas. The paper gathers up the graphs and analysis from my previous post and also provides regression