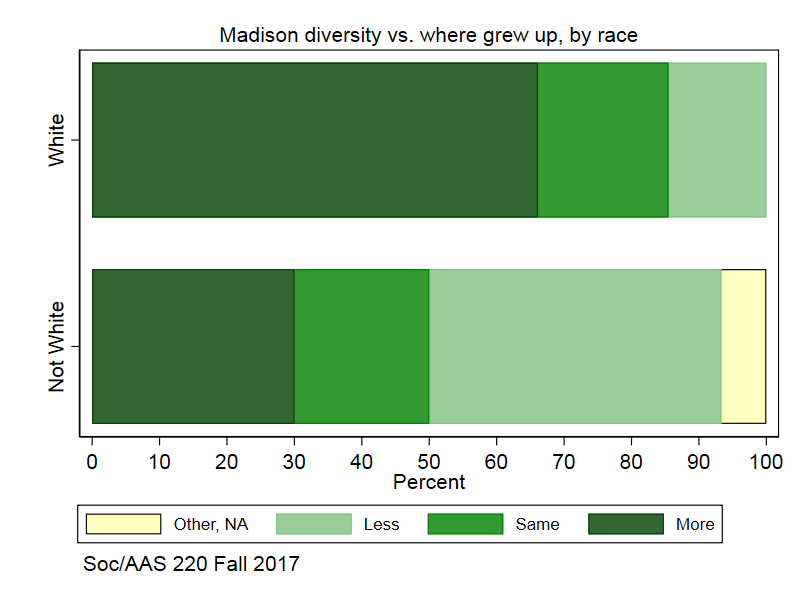 In a pre-class survey, I asked my students questions about their own racial/ethnic backgrounds and the types of places they have lived in.  Race first, where I grouped the “mixed” race answers for people who combined White with Latinx or Black into the minority group for this table. This course is cross-listed with Asian American Studies and so attracts a disproportionate number of both Asian American and Asian international students. Now the types of places they have lived. “White overwhelming” is more than 80% White, “White majority” is majority White but at least 20% minorities, “Mixed or minority” groups together various types of majority non-White areas. Another way we can look at this is to contrast Madison with where they grew up. Do they experience Madison as more diverse, less diverse, or about the same as how they grew up? “Different” means the student said it is really not comparable, usually because they grew up overseas. These differing experiences affect the assumptions students bring to the classroom.

I also asked them a bunch of questions about their opinions coming into the class, which I shared with them in a report posted on the class learning software site.