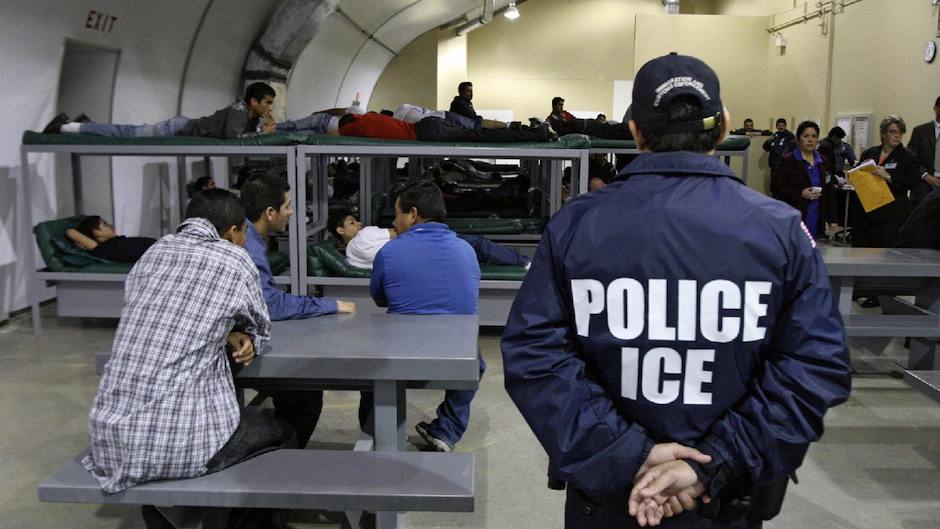 With the Trump administration announcing the end of DACA, which protected undocumented immigrants who arrived as children, the issue of undocumented immigrants is a topic of intense debate, with some favoring increased efforts to locate and expel all undocumented immigrants and others viewing this as part of a larger context of nationalist and racist mobilization. The President’s administration has supported securing the interior of the country by building a giant wall between the U.S. and Mexico, suspending funding for “sanctuary cities”, increasing legal enforcement of the border and using the National Guard to remove aliens. These proposals are popular with the base that supported Trump during the election, with the focus on a homogeneous view of what is American. The rhetoric of Donald Trump and the response of his supporters regarding this border wall raises a new question. How do the fiscally conservative justify the building of such a huge government project? The wall has been estimated at possibly costing first $12 billion, then $21 billion, to upwards of $70 billion. That Trump’s generally anti-tax base would support such an astronomical public expenditure speaks volumes as to just how opposed some people are to immigration. This level of public opposition to their existence creates a hostile environment for undocumented immigrants especially and all immigrants more broadly. There are a growing number of broken families due to the deportation and imprisonment of undocumented immigrants, as their documented or citizen relatives stay behind. Registration for DACA may have even been limited by the fact that undocumented immigrants, used to remaining hidden in the attempt of avoiding removal from the country, might be averse to registering as undocumented with a law enforcement agency. Fear of deportation could keep them from utilizing this beneficial resource.

The phrase “illegal immigrant” can be seen as criminalizing the mere presence of undocumented immigrants. Past policies, including those under the Obama administration, have worked to restrict the flow of undocumented immigrants and devise stronger punishments for those who have already crossed the border. Many believe that these laws, often enforced under the guise of national security and community safety, in truth simply promote an ethnically homogenized view of America that does not tolerate “outsiders”. Lawston and Escobar identify patterns in legislation and public opinion that utilize the criminal justice system as “a mechanism for racialized social organization” (pg. 3). Life itself for undocumented immigrants has become criminal.

Many people treat the mere presence of undocumented immigrants as disruptive and dangerous.  Lawston and Escobar trace much of this hatred and fear to the war on crime of the Nixon/Reagan era, where the “get tough on crime” mentality led many people to see an imaginary violent crime wave centered around drugs and racial minorities. Immigrants were easy targets of the increasing crackdown, and the perceived increase of crime has always been framed around the presence of racial minorities and foreigners ( pg. 2).

Some of the most blatant use of legislation to support an ethno-centric view of America and immigrant came out of Arizona in 2010, with the passing of SB 1070. The order required immigrants to carry proper identification on them at all times, and individuals could be questioned by police regarding their legal status if the officer suspected them to be “illegal”. The law hearkened back to a time when former slaves and immigrants needed to have their “papers” on them at all times or face retribution, along with Apartheid laws in South Africa requiring the same of Black citizens. Other examples include undocumented immigrants being jailed or deported in the name of “anti-terrorism” and national security (Lawston, pg. 2). The fact that SB 1070 was patriotically-named the “Support Our Law Enforcement and Safe Neighborhoods Act”certainly helped frame anti-immigrant legislation as just and in the interest of the American people. This bill also criminalized providing assistance or employment for those without proper identification, thus seeking to intimidate their potential allies and further stigmatize undocumented immigrants. Some prosecutors went as far as accusing immigrant rights activists of “conspiracy to commit crimes against the United States by promoting undocumented immigration” (Lawston and Escobar, pg. 4).

The DACA program was a way to legalize the most vulnerable of undocumented immigrants; children. These children grew up in America and often adopted American culture. For all intents and purposes, they are Americans, simply without the legal paperwork. Registering for the program includes many restrictions, including the following requirements listed on the U.S. Citizenship and Immigration Services website stating that immigrants many only register for DACA given they (note, the website now states that the program will not be taking new registrations);

Therefore, the program is not overly-inclusive, and the restrictions were likely designed to set certain minds at ease by only allowing educated and non-criminal immigrants to register. Yet, this program became enough of an issue to certain groups in America, groups that see any form of undocumented immigration as criminal and dangerous, that they want the program ended. If the removal of DACA succeeds, it shows that undocumented immigrants, regardless of any sort of criminal record, have been criminalized to the point of ostracization.

Lawston and Escobar’s edited a special issue of Social Justice that contains many useful articles, including their introduction.