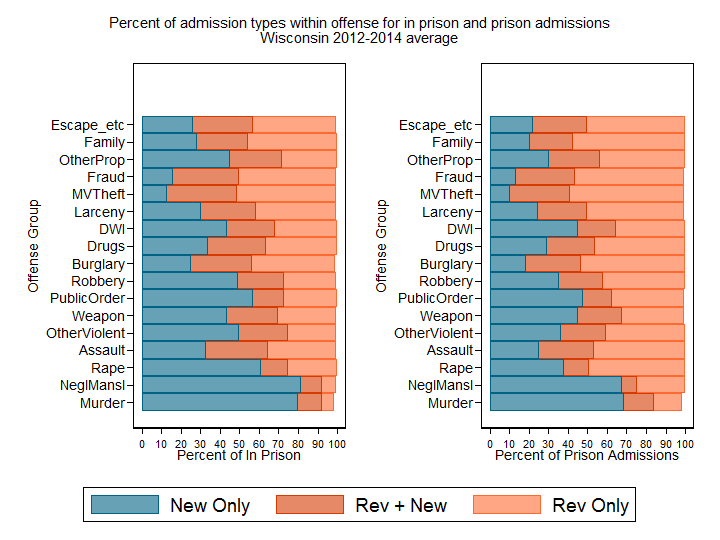 I’ve written several posts trying to clarify the reasons you will get a different mix of offenders in a snapshot of who is in prison versus the flow of prison admissions. This also comes up as we compare the combination of offense type and admission type.

To illustrate this, I have taken the average proportion of people in prison or admitted to prison 2012 to 2014 who entered prison in each of the three basic admission categories: (1) “New Only” which means they were not under community supervision at the time they were sentenced, and have only a new conviction; (2) “Revocation + New” which means they were under community supervision and revoked into prison  and also have a new offense, either because they are classified as “revocation plus new commitment” in the NCRP records or because I found a new offense in their record even though they had been admitted in the status “revocation, no new commitment.” (3) “Revocation Only” which means they were revoked into prison with no new commitment and I found no new offense in their record. The small number of other or unknown admission statuses are ignored, which is why the totals in the graphs are sometimes not quite equal to 1.