The Wisconsin Idea: At the Political Crossroads 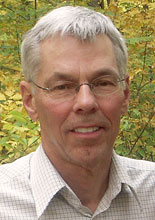 The Wisconsin Idea emerged from the contested intellectual landscape of the late 19th century. In its original vision, the achievement of President John Bascom (1874-1887) it advanced the notion of organic society and a public ethic. It thus forged key elements of the Progressive movement of the next century, as led in Wisconsin by Robert La Follette, Richard T. Ely, and John R. Commons. This presentation will follow new directions in this second phase and then bring the discussion into contemporary American politics. Where among liberal and progressive thinkers do we find today the ideas that can give new vitality to the Wisconsin Idea? Where among conservative thinkers? And how by these means might the Wisconsin Idea strengthen the democratic nexus?